Taking some things slow complements their primary essence but that certainly is not the case with the Internet. No one likes or advocates a slow internet. Internet service providers thrive their businesses on high-speed internet connection. 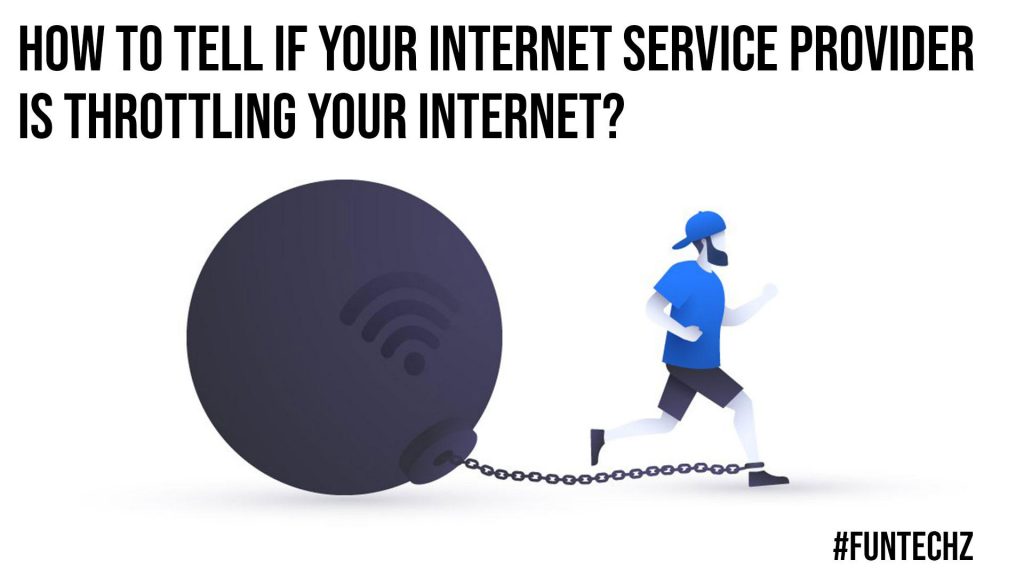 Almost all of us have experienced occasional connection dips and it is okay but what does not feel okay is when your internet service provider intentionally slows down your internet speeds – far from okay, it feels criminal.

WHAT IS INTERNET THROTTLING?

Internet throttling, also known as Bandwidth throttling or traffic shaping, is when your internet service provider limits your internet speeds intentionally. They might limit speeds at a certain time of the day, or for particular services, and websites. It mostly affects high-bandwidth tasks like gaming, video streaming, and file sharing.

Many ISPs have assumed internet throttling since the Net Neutrality act and internet users have undergone immense data issues since. Having said that, companies like Spectrum have eliminated data caps from all packages for smooth internet at all times, you can check out their packages at https://www.localcabledeals.com/Spectrum/Packages.

WHAT IS THE REASON BEHIND INTERNET THROTTLING?

There are a lot of reasons as to why your ISP might throttle the internet, although, some of the top reasons are mentioned here.

Network Congestion – During peak hours, when everyone is high on the internet, ISPs throttle the internet of that entire area so that all customers can at least access bits of the internet instead of some homes having perfect service and others struggling for a connection even.

Data Caps – If your internet gets slowed down reaching the end of the month, the reason might be your data cap. Some ISPs put data caps on your connection and if you go over that limit, you might face some sort of bandwidth throttling. ISPs like Optimum and Spectrum do not specify any data caps.

Paid Prioritization – Sometimes ISPs monopolize on certain websites and throttle only specific applications to discourage you from using them. This has happened to Netflix and Hulu. An ISP would throttle the internet for specific websites to get them to pay extra for fast load time.

Sometimes ISPs would throttle certain data types that can take up a huge amount of bandwidth like heavy downloads or torrents. Paid prioritization used to be illegal till the bill of Net Neutrality passed in 2018.

Forbidden Activities – If a customer is involved in illegal online activities, ISPs can very easily throttle the internet to hinder their participation.

Also Read: Why We Still Crave Real-life Interaction in our Entertainment?

HOW DOES INTERNET THROTTLING WORK?

ISPs filter the internet traffic and divide it into two lanes:

Slow Lane – this consists of the sites that suffer throttling and includes Hulu, Netflix, Bit Torrent, and YouTube videos.

Some of the traffic types and websites that are commonly throttled are:

HOW TO DETECT INTERNET THROTTLING?

We have compiled a few very simple steps to find out if your internet is being throttled, easily, and quickly.

Read your contract with the ISP carefully and find out the amount of internet speed that you pay for. This is very important because before pointing any fingers, you must know that you are not in a self-created mess.

Take a speed test to read you’re your connection speed. When you are taking the test, make sure that your internet connection is not being utilized. Heavy internet tasks like downloading large files or streaming 4K content can influence your speed test results.

After the initial speed test, install a good Virtual Private Network, famously known as VPN, and then take the speed test again. ISPs usually throttle speeds of a specific area at certain times and so running a test while being connected to a VPN would make it clear if the speed you are getting is on account of your ISP or something else.

Now that you have the results for both speed tests, you need to compare them. If your results are seemingly similar, it is considered good with the indication that your internet provider is not throttling your connection in any way. On the off chance that your internet speed is much faster when turned VPN is turned on, your ISP might just be throttling the internet.

HOW CAN I FIX DATA THROTTLING?

If your internet service provider is found throttling the internet by these tests, it might just be the time to switch. If you are determined to stay with the same provider, your best bet is to install a good VPN, and browsing through it might work for you.

Some steps to fix internet throttling are:

As discussed, a subscription to a capped internet plan can result in throttling. When working with a cap connection, you should observe your monthly internet usage and if you go ahead the limit frequently, you might want to consider upgrading your internet package.

Invest in a good VPN

A good and reputable VPN might just be the cure to this problem. Before going forward with this idea, you should know that many online streaming services like Hulu and Netflix detect VPNs almost instantly and would not allow you to use their services unless they can determine your location.

How do I Cancel My HughesNet Account for Free?