Traditional games have taken a back step in recent times whereas video games have gained popularity in recent years. With the rising craze for online gaming and the global pandemic stabilizing its base, people are seeking new ways to entertain themselves and virtual gaming has accelerated its trend in the meantime.

Technology has updated itself and brought many new aspects in the gaming field for its players worldwide. The gaming industry has seen a rapidly growing trend amid the spreading atrocities in the world currently. Our life has taken a turn towards experiencing realistic gaming opportunities while sitting at our homes. 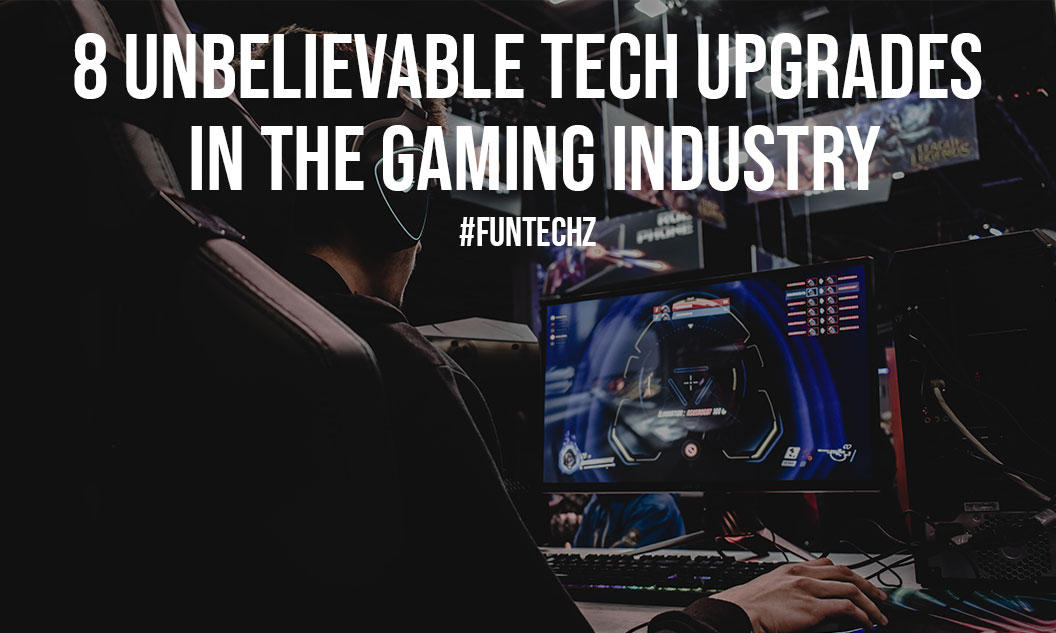 It has become convenient now to start playing video games online with the same traditional effect as experienced in gaming stores.

Cloud gaming, often known as gaming-as-a-service or game-on-demand, is a type of online gaming service. With the help of cloud gaming, you can run games on PCs, smartphones, consoles, etc. Even though dedicated hosting services like 1GServerHost etc are used by most gamers, cloud hosting gaming is getting adopted slowly.

You need not worry about storage or memory in your game disc or console, with cloud gaming there are no limitations to disc space. You can easily play cloud-based games instead of developed gaming systems.

Cloud gaming can help you start playing with gamers from any part of the world at any level without updating your gaming server again and again. You can enjoy your games on smartphones, PCs, or consoles via the internet. With cloud gaming, gamers can stream games online and compete as well.

With technology growing more day by day, and science flourishing, even more, there are various mechanics that have been incorporated in the gaming sector.

With VR and AR technologies, you can now feel the real gaming experience that you could feel in traditional gaming spaces by installing headsets and glasses. When you use a VR headset you get that vibe of an original casino through a simulated environment.

Augmented Reality enables a 360-degree viewpoint of your game from a console or a PC. You can adapt the gaming objects to the real-time world in no time with AR technology. VR and AR are two sides of a coin that has impacted the gaming industry to a very extent.

Facial recognition and voice recognition helps you create your avatar in the gaming world. You can create an avatar like you or any other personality that you adore. Also, 3D scanning and 3D camera assist developers in making games based on gamers’ emotions, such that your game matches up to the difficulty level that you want. With scanning settings, you can arrange and customize your gaming mechanics easily.

Voice and face recognition allow you to play your games coded with your avatar or sound. Computers and devices catch the voice commands easily like turning off the computer, searching the web, etc.

Artificial intelligence has taken over the entire world, the gaming industry is no different. In the gaming domain, it is the responsiveness and adaptiveness of video gaming experiences The experiences that are generated through AI and non-player characteristics, or maybe the NPCs act intellectually and creatively as if a human player is playing his part. It determines and regulates the NPC’s demeanor in the gaming world.

A comprehensive AI system works in a manner the developer has anticipated it to work. The main role of it is to eliminate human involvement and transform it through a machine sector.

With the rise of gaming smartphones and video games, the gaming industry has become very portable in its operation as well as development. You can easily move around with your phones screening virtual gaming or even streaming live with a pretty innovative tech opportunity.

You can play from anywhere, anytime, with the machine system, or select the multiplayer option as well and start playing with gamers worldwide or even with your friends and family. Solo gaming has been eradicated with the rise in multiplayer features.

Whether you play video games from your smartphone, gaming console, or PC, you can now maximize the gaming versatility by shifting to wearable devices such as smartwatches, glasses, etc.

Wearable gaming is the trend of the age, wherein you can enjoy the apps from various areas and wearable applications while targeting audiences from around the world. Even fitness apps are built on such wearable devices because of the elimination of mobile phones while physical activities.

Games have also posed the same functions. You can connect your smartwatch to your smartphone from any place and start playing games online without any reluctance or difficulty.

Everyone today has access to the internet and has been using online apps for almost everything. With billions of websites and applications players usually get confused about what to choose and what to not without the need to go to an arcade and/or without leaving the sofa.

One sector that has reflected very well the meaning of the online gaming experience is the casino. Some of the best online casinos like Vegas Slots offer a wide range of Slots, Blackjack, and several other casino games along with credible recommendations for players.

A perfect platform for casino lovers as they get games, reviews, and news at the click of a button. Essentially, this is what you can call the epitome of online casino gaming.

Safety is the primary concern of any human being, whether it is related to gaming or not, everyone ensures that the platform is secure and safe. You would not want an insecure gaming experience that would ruin your gaming future.

There are security checks like fingerprint recognition that can be included in the gaming preferences. Trust building is essential in any gaming app or platform selection. If you do not gain that trustworthiness, you cannot go for that virtual game again.

The newer generations have moved towards photorealistic and virtual games from traditional games. This has proved to be a giant shift but has brought enormous positive changes in the life of gamers worldwide.

The technological upgrades have almost reshaped the entire gaming industry and have successfully improved the gaming experience of thousands of gamers for years. Some of these tech upgrades are mentioned in the article.