Nowadays, most people may have played the game Ludo through childhood. At one point, it might have been impossible to find someone who failed to identify what ludo was if you asked them. Many children probably grew up playing Ludo during their childhood and then introducing it to their families and friends later on in life.

Most people have spent their childhood playing Ludo – and many kids still play it to this day! There was a time when school children spent their summer vacation playing Ludo with all of their friends. This tradition is most likely continuing even to this day. 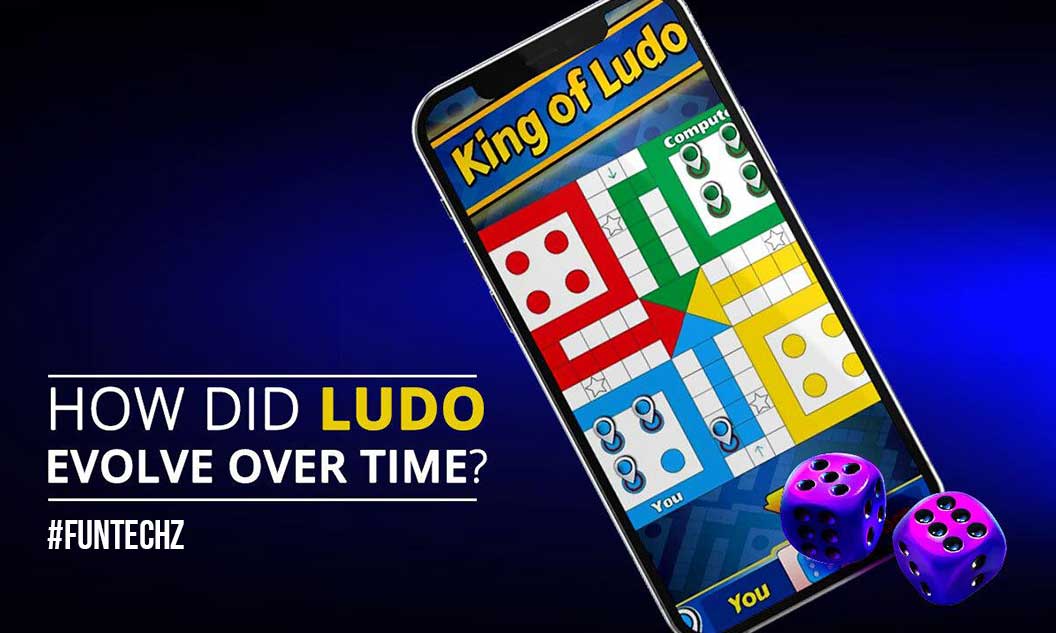 The game rules are simple enough to understand and come with two ways to play it, which is why it’s a favorite pastime for generations to come. While ludo online has brought some great changes, here is a snapshot of how ludo has evolved over the years.

The exact origin of this legendary game is unknown. However, the earliest proof of this game comes from depictions in the form of illustrations at the Ellora Caves in Maharashtra, India. This seems to suggest that Ludo was an Indian creation. For centuries, people have played similar versions of the game we know as Ludo today.

It was played on various mediums like fabric, slate, and board using seeds, shells, and other materials. The game can now even be played virtually in a mobile app – a virtual experience that players can play long-distance!

Akbar is one of the Mughal Emperors of India known for his prowess in playing Pachisi. It was a board game where the squares were separated by red and white. There would be sixteen tokens, tokens that could also be called pieces, on the board at any given time, and these would be decided by rolling a die that had numbers allotted to it at different sides.

Then people would move them around according to what they landed on! Akbar would play this game with his advisers – as he’s stated to have enjoyed it immensely. The evidence regarding this game can be found at Agra and Prayagraj, India.

A Peek Through The Historical Lane

Although the game of ludo features prominently in many different cultures, it has been especially connected to Indian culture in recent times. According to the cultural history of Indian board games, the game first appeared in Sanskrit literature as the “Indian Backgammon” and closely resembles Chausar wilds and other similar games found throughout South Asia.

Draupadi’s dice game with Yudhisthir is undoubtedly one of the most memorable scenes from The Mahabharata. One can easily relate to Draupadi’s shock when she realized that the dice had not fallen in favor of her husband and his brothers.

This pivotal moment made one wonder what would have happened if the result had not gone Yudhisthir’s way. Would this have led to an alternate ending for The Mahabharata itself? How much motivation did these magic dice provide to Shakuni during this infamous game? Perhaps this may also inspire others who wish to make their luck through wins or losses!

Collier Ludo Board and the rules leaflet had been sold in 18th century England. The patent with the number 14636 got approval after a smaller period, and he got full rights over this game. Alfred Collier created a game with the name “Royal Ludo”.

This game was stated to have been played by Mughal Emperor Akbar, who, as the legend goes, asked his courtiers to invent a game that both nobles and commoners could enjoy during his reign in the 16th century. The modern form of Ludo replaced Princess with King and now has currency symbols on the counters as per present British rules of play.

Ludo is a famous game that is played in the modern age. A single game of Ludo includes a board with four squares, colored yellow, green, red, and blue. Each square on the board houses its own four tokens, of the colors yellow, green, red, and blue. The position at the crossing in between the four squares on either side of the board is known as ‘home’ for the players of this game.

One player will start by rolling the dice to determine how many steps to move their token from its central home position. If a player’s token lands on an opponent’s space, they have another turn. If not, play passes to their opponent.

What is it about Ludo that has kept it a cornerstone of the gaming community? Perhaps it’s the sense of simplicity and elegance in its design. Or maybe it’s because you get to spend time with friends while experiencing a positive, team-building activity. Either way, there are many reasons why Ludo becomes addictive to most people who play it – be sure not to fall into this trap all on your own!

Beyond Being a Board Game

Ludo is not like any other board which promises entertainment and surmounting adrenaline rush. Ludo teaches one some invaluable lessons. The game teaches one to be patient and determined. It also helps one to be well-planned and make informed decisions. Moreover, with the advent of online ludo, the game has reached the masses and brought several people together.

During the pandemic, ludo had been a savior of boredom and anxiety. Ludo is a timeless classic and has served many people with its entertainment factor and also chisels one’s cognitive abilities and makes one a better person.