Gangster's Paradise: The Making of the Las Vegas Strip

Las Vegas is well-known as a desert metropolis that is built on a history of gambling, taboo and all things sinful. This colourful reputation is what keeps visitors coming back for more every year, as well as encouraging them to stick their hands in their pockets and play a game or two at one of the many casinos on offer. 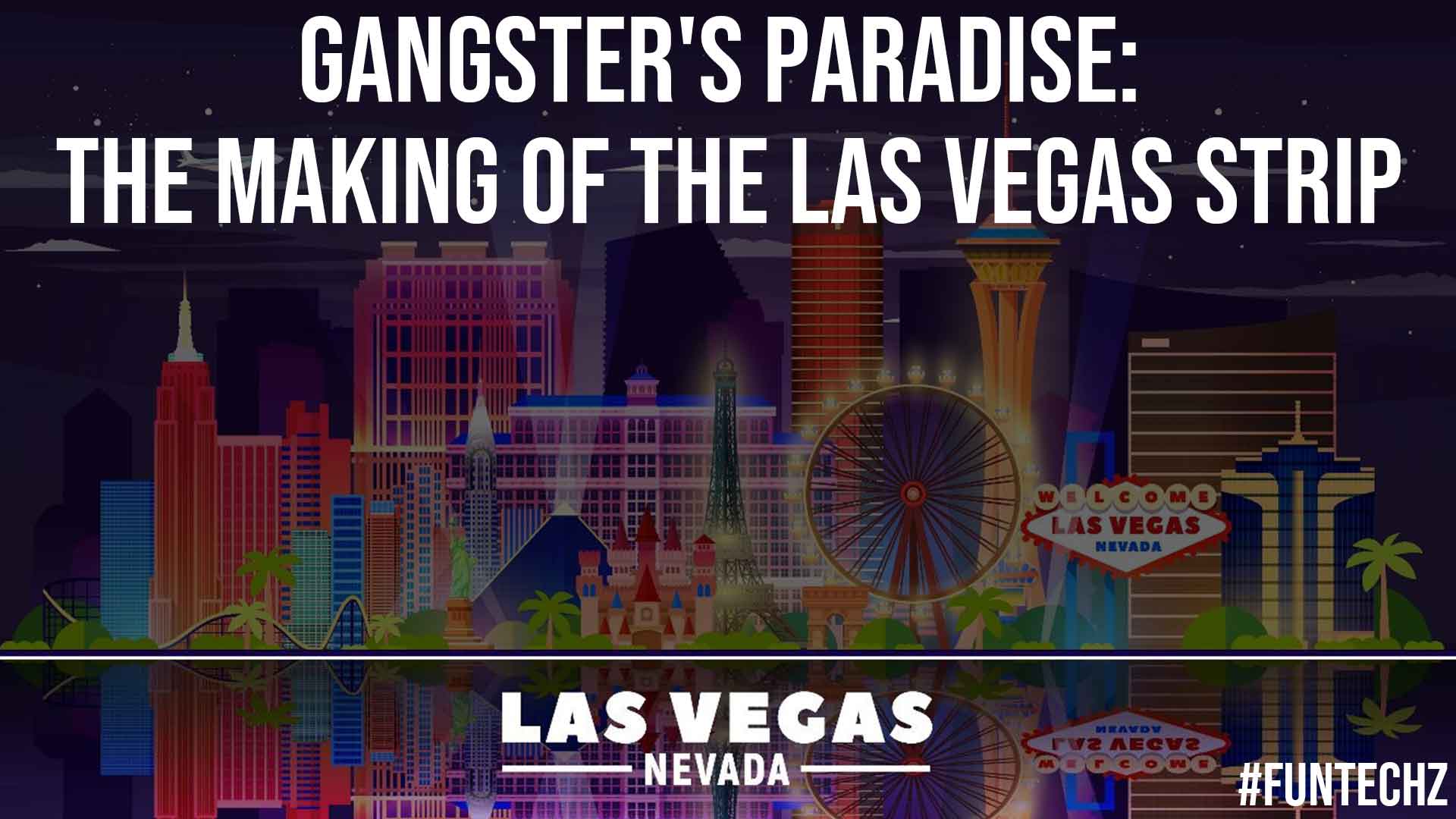 Whether you prefer to play at real money online casino sites like Goldenslot or experience casino magic in person, it’s worth finding out a little bit about the where the phenomenon began, and where better than Las Vegas?

The activity of playing card games didn’t hit the city until 1905, when railway tracks had begun to be laid between Las Vegas and the Pacific coastline, improving the ability to travel between states.

With the project in question involving a lot of hard work, the workers soon began looking for a way to unwind after a long day. Soon, the activity of choice became card games, and this only continued to catch on to the other Vegas residents.

By 1910, card games were fuelling Las Vegas’ transformation into a small-time crime hub. Gambling was soon outlawed, in an attempt to put a stop to the increasing crime numbers.

However, the pastime simply went underground, with games taking place in basements of restaurants and wherever else they could be hidden. In 1931, gambling was legalised once more, although the roots of organised crime had already been laid deep beneath the city.

Dedicated casino buildings began to emerge, and gradually become grander as the years went by.

In 1941, the first resort-style casino was opened in the city, called El Rancho Vegas, paving the way for even more hotel-casino hybrids to be constructed, which eventually led to the coining of ‘The Strip’ that we know today. Moving onto 1946, mobster Bugsy Siegal opened the Flamingo, backed by fellow gangster Meyer Lansky.

This was the first resort to take inspiration from the flourishing Hollywood lifestyle. Because of this nod to stardom, Siegal was able to book the top talent and acts to play in the lounges, with dozens of famous faces turning up to the grand opening in anticipation of finding their new hotspot.

The following year, Siegel was murdered in a gang-related showdown, most likely how he imagined things would end. However, his game-changing vision for the city live on, with fellow mobsters constructing the Sahara, the New Frontier and the Riviera casinos throughout the 1950s and ‘60s.

Tourists would flock to these venues in troves, with a whopping eight million a year being recorded by 1954. As well as the top-class gaming tables and rows of slot machines, players were also enticed by the performers who were eager to take to these Vegas stages, such as Frank Sinatra, Dean Martin and Elvis Presley.

Nearing the end of the ‘60s, another big change took place, which ushered in an era in which mob interests were being displaced by more corporate strategies and conglomerates. By 1989, avid casino developer Steve Wynn opened up the Mirage, which took the title of the city’s very first mega-resort.

Over the two decades that followed, the image of these casinos only continued to grow, now drawing influence from further afield, such as ancient Rome, Egypt, Venice, Paris and New York. Las Vegas has now become a place where anything is possible, and the casino industry is still booming.