Omega Watches: The Journey Towards a Great Legacy

Is It Worth Getting Blue Light Glasses?

Rolex Cellini: All You Need to Know About This Classic

What Is The Best Laptop For Gamers?

How Long Should a Portable Charger Last?

Omega watches have been considered as one of the most trusted watches 100 years ago. Joining almost all important events in history, it had witnessed how time runs differently every single day. This watch has been building its name since then and today, its journey had become a legacy.

Through the years, it has been creating far-famed timepieces that bring the users a sense of entitlement. Wrapped in different wrists and different persons, it surely is proof that it is more than just a watch. Thus, a watch with a great background. 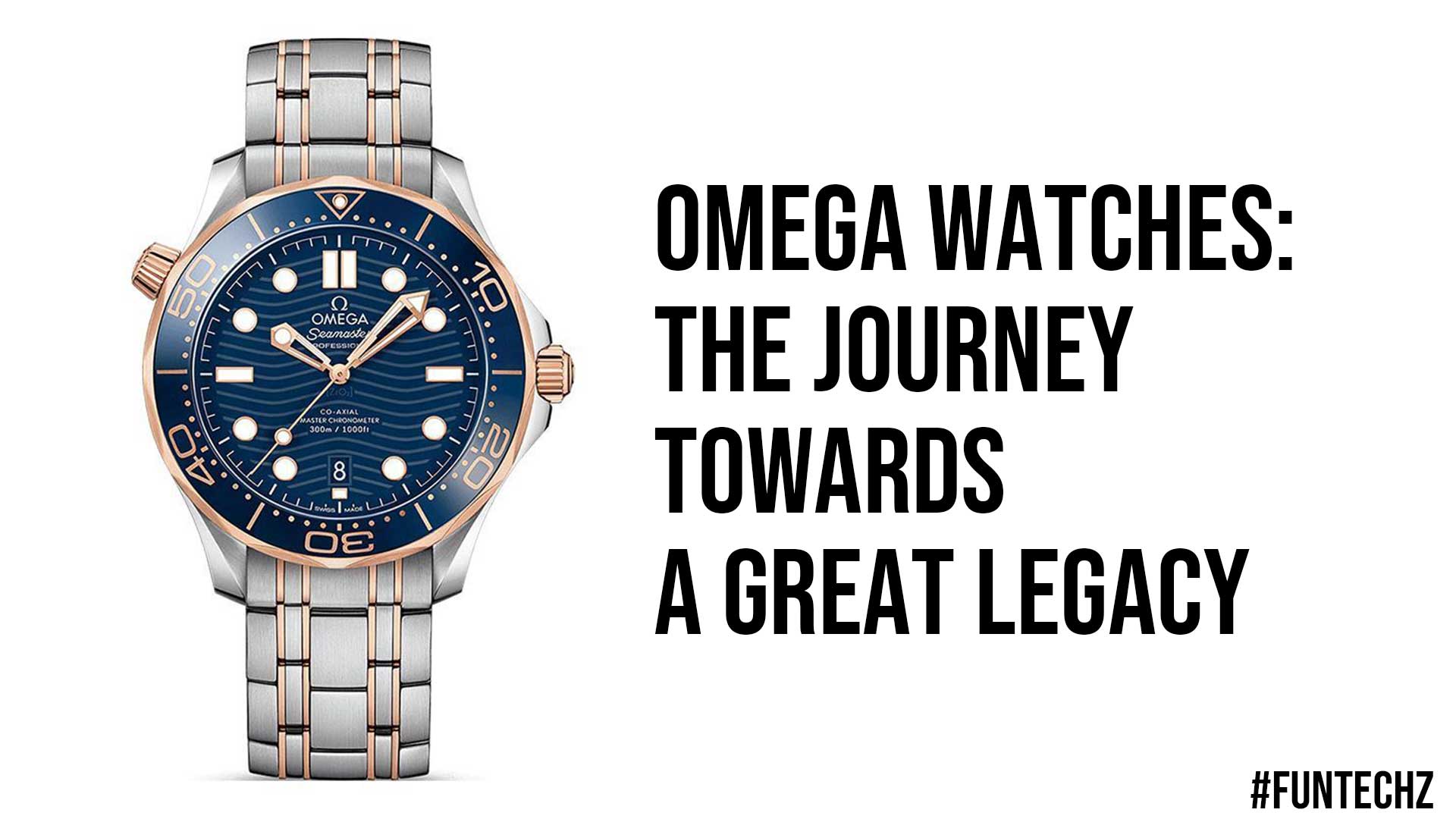 To understand further, let us discover more about the unique and superb journey of Omega watches to its success.

The Rich History of Omega Watches

Omega watches have a rich history and message behind them. Suggesting its name, we consider Omega the last letter in the alphabets of Greeks which expresses paragon in many forms. In 1848, Omega watches begun marking their name. In Switzerland, Louis Brandt, at 23 marked the beginning of the Omega era as he established a manufacturing space to create the full watch package.

After that, Louis-Paul and Cesar Brandt founded a small factory in Bienne in 1880. Boosting its production rate was because of the increasing number of workers since then. Within four years, they have produced 240,000 watches each year.

Omega Caliber, as one of their pioneer watch, has been renowned, and it was a good start for them. Through the years, they have built a powerful name, and that is the reason they grow as the best watch in the field.

In 1903, both of the founders of Omega died. Thus, their legacy in creating the most valuable watch has continued steadfastly. Under Emile Brandt who was only 23 years old then and together with four other people, they continued to serve the industry, reaching more people.

As it gained popularity, it became the standard of quality watches. Notable individuals, including The British Royal Flying Corps and the American Army, used Omega as their watch partner in their battles. Not just that, Omega has been a brilliant partner on sports games events since then.

Omega received more achievements. One of those was the world record of accuracy, which was given to them in 1936 by the English observatory of Kew-Teddington.

From the stylish ones to vintage, we cannot resist being amazed at how these watches have been made. Digging down to the past watches, you could see how they developed into a more pristine and elegant one. Well, to see how it happened, let us discover more about how Omega Watches marked its name.

The Important Events of Omega

Created hundreds of thousands of watches, it surely witnessed almost all stories of the world. As it descends its purpose, which is to guide every one of us through time, it embarked a valuable contribution as the only watch to reach what’s impossible.

It was a significant event, as this watch was the first to reach the moon. NASA has chosen it as their official timekeeper during their voyage to the moon and successfully reach the light of the night and the rest was history.

These watches have been used as the official timekeeper of Olympics games since then. A dominant partner comes with great responsibility to keep track of time during the games.

From this planet reaching outer space, it is truly boundless and endless. It will reach everything and everyone. The capability is out of this world and is extraordinary and will continue its steadfastness.

On July 21, 1969, this watch was the first watch to reach the moon. Buzz Aldrin wore this watch on the voyage of Apollo 11. Neil Armstrong also wore the same watch thus left on the Lunar Module.

On their journey way back to earth, Aldrin’s watch was said to be misplaced on other’s belonging thus luckily, Neil Armstrong’s watch was kept and now considered the first watch that traversed to the moon.

Seamaster or also known as James Bond watch first shown as a watch by Pierce Brosnan in 1995. Not just by them, enormous celebrities have used these watches making the brand stand out in the watch industry. A water-resistant up to 600 m before, now turned 1,200 m in maximum depth reach today.

Through the years, this watch has grown in many forms. Thus, despite its continuous innovation, it kept its elegance. The first Omega Constellation came in gold and steel while Constellation Deluxe is only in gold. Thus, Deluxe has a more appealing look than the previous model of a constellation.

In the 1960s, this was originally part of the Seamaster line. After that, they officially withdraw their connection and build an independent field in 1967. They compacted it with a simple yet classic approach that promotes endless beauty.

It received so much commendation since then, first from Grand Prix Triomphe de I’ Excellence and then six “Golden Roses” at Baden-Baden design awards in the year 1970.

Also Read: 7 Best Automatic Watches That You Can Find on the Market Today

Omega Watches: The Journey Towards a Great Legacy

Omega Watches have been one of the best watches since then. Renowned by the biggest personalities, they have been embarking on a name until today.

With so much watch classification to offer, you can freely choose what suits your taste. No matter what type you choose, it will surely lift your mood aside from keeping you on track in time.

The history it possesses is endless. With over 100 years of service in the field, they have reached tons of watch enthusiasts and have had to help people to keep track of time no matter where they are. The watch is overflowing with so much quality and elegance, and it will surely be the best watch to have.

Discover more unique and powerful watches. Bring out the best in you and not just settle to what’s enough. Choose the best watch and have it wrapped in your wrist. Be with it for a long period.