Game developers have been looking for a way to prevent cheating on PC games. The closest solution so far has been kernel-level anti-cheat. However, this solution has become controversial, and a lot of gamers keep requesting it should be removed. If you are not familiar with the term kernel, it is referred to as the base of the operating system. 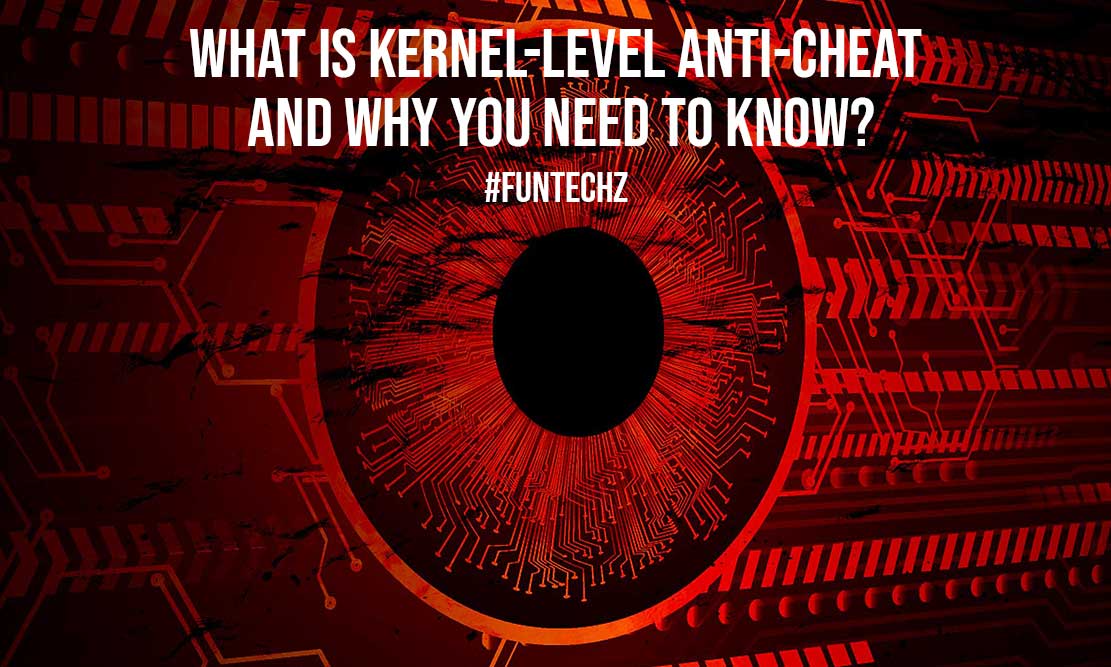 It loads immediately after the system boots and gains complete control of the computer.

What is kernel-level anti-cheat?

Kernels are challenging to understand, and it also has rings that add to its technicalities. The rings compromise of privilege tiers in the PC. When you come across something like high privilege software on Ring 0, it means it is of utmost priority.

Ring 1 and 2 are the next tiers that follow, and they control the device drivers. Ring 3 has the least privilege and is attached to the apps installed on the PC. Even if any of the apps fail, it won’t affect the performance of the computer.

Developers include the anti-cheat software in the game, so it is automatically installed with it. The software runs in the background when you launch the game. It stays active monitoring and to prevent any cheating hacks.

While developers leave people no other choice than to have the kernel-level anti-cheat software in their PC, users don’t feel comfortable that the software can override some drivers in their PC. This driver could be needed for some other game to run smoothly. The kernel-level anti-cheat software prevents these drivers from connecting with those other games, making it impossible to play.

Also Read: Game On: What’s the Future of Game Development?

Why People Worry About The Kernel-level Anti-cheat

Although the kernel-level anti-cheat program has top privileges, they make it look like it is secure software. The software is not completely secure, and there is even more risk to worry about if hackers gain access to it.

Since it has high privileges, it puts your system at risk. Normally, hacking only affects apps but with such high priority access, people stand to lose their computers to hackers.

The software can tamper with communication between the drivers and the computer. If you have other software that relies on a driver blocked by the anti-cheat software, it will prevent them from working.

Most people have tried shutting down the kernel-level anti-cheat software through the Task Manager, but this doesn’t work. The anti-cheat software starts running automatically when the computer startup, so it will certainly affect the apps that rely on those blocked drivers.

Why Developers Use This Level of Anti-cheat

There are cheat engines that operate at Ring 0, and if the anti-cheat software doesn’t match this level, it won’t work. For instance, if you have an anti-cheat Ring 3 software, it can’t be effective against a Ring 0 threat.

Games like League of Legends use a Ring 3 protection, and other games use lower-level anti-cheat that won’t tamper with your drivers.

For your reference, it’s good to take note of a list of games with kernel-level anti-cheat software. The list mentioned is constantly updated, considering that many developers work tirelessly to prevent cheating in their games.

Also Read: SaaS, Paas, and IaaS – What Are They and How Are They Evolving?

This does not prove that it slows down the computer’s performance. Other factors can cause your PC to run slowly, like the ambient temperature and background apps. However, we can safely say that the kernel-level anti-cheat software does not slow down performance until otherwise proven.