Valorant Tips: 6 Hints for You to Be the Best In The Shooting Game

No matter how excited you are to play Valorant, it’s best to learn the tricks and tips to ensure a good time.

Some people who jump into the game without guidance end up losing their battles. But if you want to win matches, do it right with the Valorant tips we’ll share in this article.

After studying Valorant closely, we discovered that it has some things in common with Overwatch and Counter-Strike in areas such as the gunplay and characters.

But that’s all!  So if you want to become better at the game, use our pro tips to win your opponents easily. 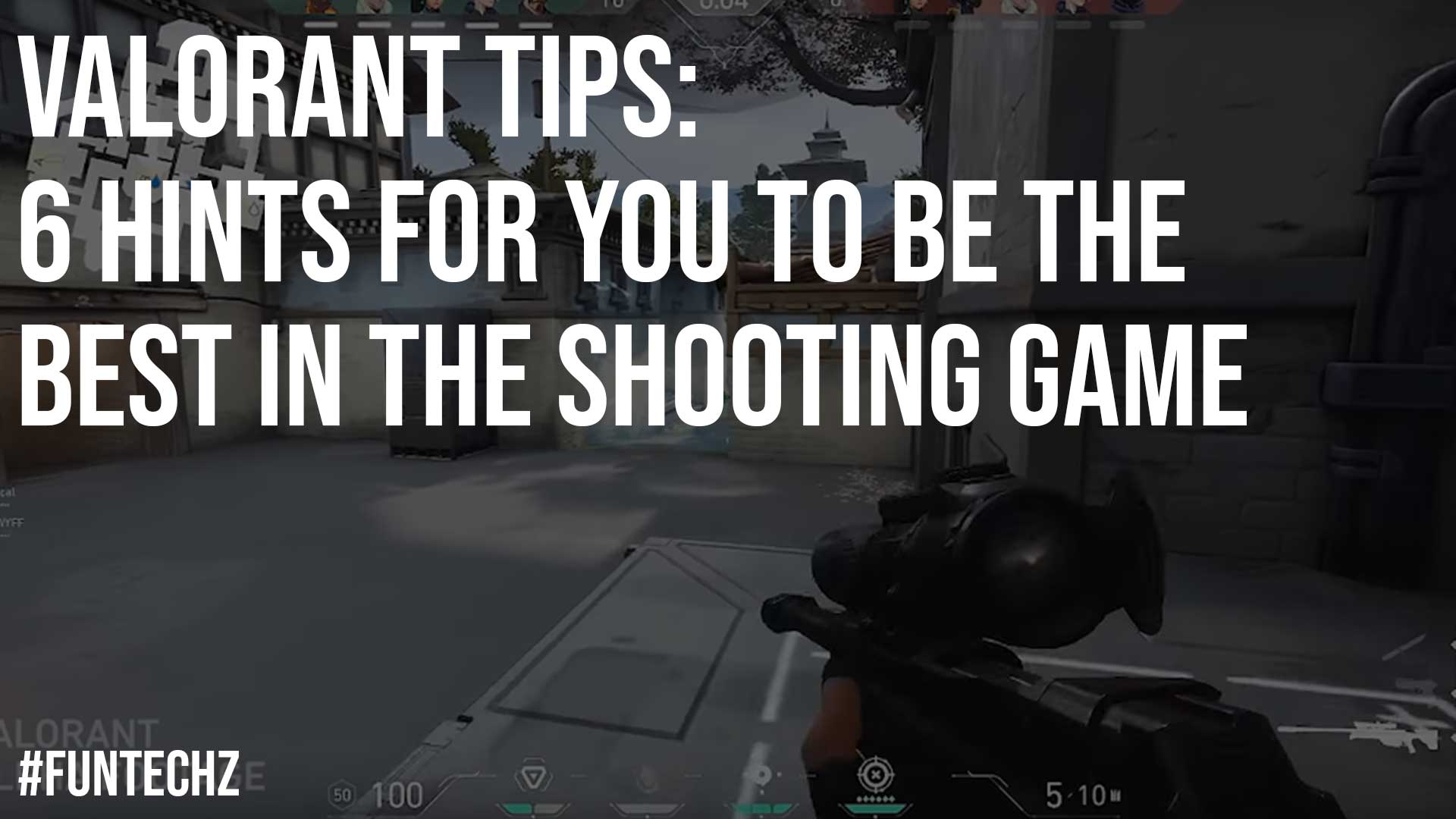 If you want to become a better Valorant player, we recommend you start from the practice mode. In the practice mode, you’ll be shooting at bots and fighting with AI enemies for some time to master your techniques.

Also, you can study the Valorant map without restrictions and switch guns at will to find the perfect match for you. Moreover, you can switch characters during practice to learn their abilities before using them later. That way, you’ll know how to pick your agents for the main battle.

So with the different practice modes in Valorant, you can improve your shooting accuracy, learn about the agents, study the weapons and also improve your movement.

Like they say, “practice makes perfect,” and you can put what you learn to good use when playing the main game.

Another pro tip to winning in Valorant is to study the agents. Now, there are fifteen agents in Valorant. Initially, it was ten, but the developers have added another five. Valorant agents include Breach, Jett, Astra, Omen, Brimstone, Raze, Sage, Yoru, Sova, Viper, Skye, Cypher, Reyna, Sova, and Phoenix.

Amongst these agents, you’ll find the ones that are good at protecting an area. There are also some that you can use for defense. You can study them to know the appropriate ones to use for combat and those that can lead in confrontations. So, you can find the controller, the sentinel, the duelist, and the initiator.

For instance, Astra is a good controller, meaning that she can protect the team from the enemy during the game. Agent Breach is an initiator and enjoys attacking enemies at chokepoints. Cypher is good for defense, while Jett is your perfect duelist.

So, put time into studying these agents to know how to pick them or fight against them.

Other games may permit shooting on the move, but if you do that in Valorant, you’ll miss. So, if you want to achieve an accurate shooting, you must hold a steady position before shooting. This is not to say that you won’t move during the action. But at that point, when you want to aim and shoot, stand still and move afterward. If you can crouch to shoot, that’s even better. With that, you can get your opponent easily.

The reason to avoid shooting on the move is to have better control of your gun if you’re using the one with a full-auto mode. But if it’s a shotgun, you may still hit a target.

One of the reasons to master the maps is to create winning strategies for your battles. There are five different maps in Valorant, Spilt, Icebox, Bind, Ascent, and Haven. The aim of these maps is to either plant or defend yourselves against your opponents’ bomb.

Studying these maps will help you know where there are teleports, doors, or obstacles. As you study the maps, you’ll identify the right places where your weapons will be more effective.  Another important thing to learn from the maps is the terrain and walls that a bullet can penetrate. With that, you can discover some tactical advantages to win your opponents.

5. Always aim for the head

If you want to win your opponent, always aim for the head. The best strategy is to point your gun at a head level as you walk around. By doing that, you’ll always hit your target’s head whenever you take a shot.

If they crouch down suddenly, you can easily lower your weapon and still get a headshot. It’s better to release one or two bullets on the head than to lose three to four bullets into your opponent’s body.

To win in Valorant, you need to work together with your team. If you’re defending the bomb/spike, you need to make sure that team members are guarding the lanes.

Communicate with them through the headset and strategize together. You can plan on baiting your opponents, rotating your positions, or even faking attacks. Whatsoever you do, it’s best to work together than separately in a battle.

The Valorant game is exciting, challenging, and satisfying. But if you want to feel all that, you must learn how to win the battle. If you use the Valorant tips we’ve shared in this article, you’ll win more battles than you lose.

How to Win Real Money with No Deposit in Online Games?