You’ve got your name in lights. You’re a superstar!🤩 pic.twitter.com/DRmL60SpIR

What are two of the most popular pastimes that people love to get involved with? Video gaming is one, with 67% of the population of the USA claiming to be gamers in some form or another. And celebrity culture is the other – with people from all walks of life taking a minute out of their day to find out the gossip, scandal, or career moves of a celebrity they admire, hate, or are ambivalent about. So, you’d expect a video game fronted by a celebrity to appeal to most people. Well, here are four of our favorite celebrity-branded video games. 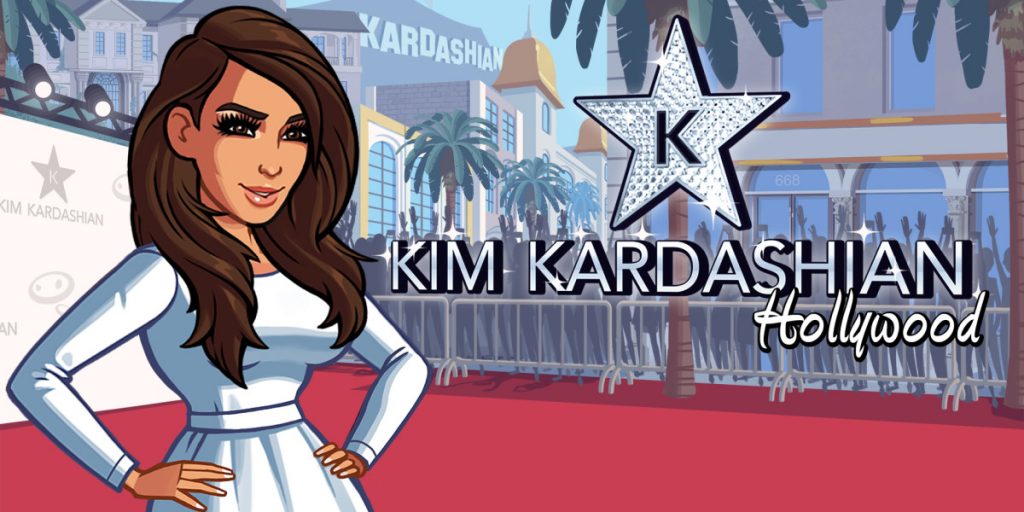 Kim Kardashian may be one of the most popular people on the planet – at least according to the downloads of her mobile game Kim Kardashian: Hollywood. Downloads totaled 40 million in the first year, netting a healthy revenue of $74.3 million in the first six months. The simple simulation game featured you living the life of the rich and famous in Hollywood. The game would not exist without the star power of Kardashian and people were even spending their real money on in-game features to live the best Hollywood life. While not keeping the majority of the profit, Kardashian reportedly earned a 45% commission on all proceeds. The game was suitable for most phones – including as an Android download for Samsung smartphones.

Mike Tyson is best known for being a boxer, or to other audiences for owning a tiger in the 2009 film The Hangover, or simply for biting the ear of Evander Holyfield in a match in 1997 leading to disqualification. Ultimately, he is well-known and popular. So, a blackjack game by Inspired Gaming was launched that featured Tyson. The game combines traditional blackjack gameplay you’d find in the many varied game-types featured on mainstream online casinos, with elements also inspired by Tyson – such as King of the Ringside bet and Tyson Tips. Cut scenes for victory or defeat also feature Tyson and capture the essence of the world-famous boxer as a table game. The game combines the exciting nature of Tyson’s character with the tense and exciting gameplay associated with online titles.

The band Journey were extremely popular in the US back in 1983 – almost as popular as the Glee song that skyrocketed them back to popularity in 2009. The classic arcade game was developed by Midway Games to coincide with a 1983 tour, featuring photographs of the band, and with the objective of reuniting the band members with their instruments. To do this, you had to avoid obstacles on a different planet and then return back to the spaceship. It tied together with classic arcade gameplay with the popularity of the band at the time and showed just what could be done when the worlds of gaming and music collided. There has been a slew of other musician-based games since, such as ones featuring Metallica, Kiss, and even Prince.

Journey voted into the Rock & Roll Hall of Fame. In 1983, they even had their own video arcade game pic.twitter.com/GHniDAHog7

In 2004, Sony released Jet Li: Rise to Honor. The game featured the likeness of martial arts star Jet Li, as well as motion capture and voice acting from him. The game is a third-person fighting game as Kit Yun (played by Jet Li) is embroiled in a mystery in the Hong Kong underworld, of which he is a member – obviously. The game is a classic when it comes to fighting games, with some levels featuring firearms and special moves unlocked when an adrenaline meter reaches a high enough level. The game has the added bonus of having martial arts star and actor Jet Li fronting it, which helped to make it more popular. Fans of the actor enjoyed plenty of references to his past films, and many likely bought and played the game due to his repertoire.

When a celebrity launches a game, they do so with an already eager audience. Whether the celebrity is a social media star, sports player, musician, or an actor, their games are launched across a variety of platforms to a ready-made audience. Existing fans will be able to get more involved with them, while many who want a gaming escape will be comforted by a face they are already familiar with. From Kim K to Mike Tyson, Journey, to Jet Li there’s a celebrity-branded game for everyone.

Related Topics:Celebrity Branded Games
Up Next

Why We Still Crave Real-life Interaction in our Entertainment?

How Germany has Established Itself as a World Leader in Technology?