Oh so seldom does a unique signature like KAWS enter the global spectrum. More than just a name, KAWS is a lifestyle. It’s an outlook. Blazing a divergent trail from paths paved by others, KAWS is a masterstroke of art, business, and pop culture. 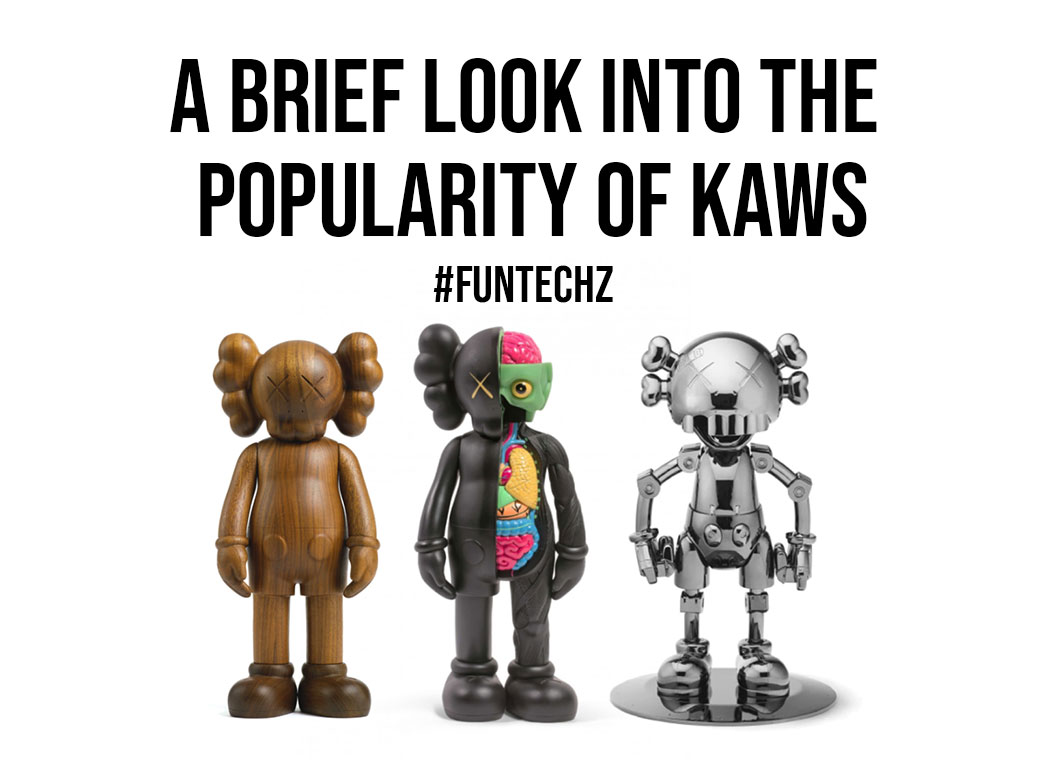 But who or what is this 21st-century brand? When and where did it come from? How did it develop? And why is it taking the modern world by storm?

Whether you own something with the KAWS name on it or want to interpret what it’s all about, this article’s for you: you’ll understand everything you’ve wanted to know about KAWS, from its origins and evolution to what it has become today.

Plus, you’ll find out how to cop the latest or limited-edition collectibles. So read more here about scoring sneakers, toys, and more as you learn about the world of KAWS.

KAWS began as a name. A series of letters thrown together that had no purpose aside from aesthetics.

After spending his elementary school career fascinated by graffiti, a teenager by the name of Brian Donnelly took his creativity to a new form. He spent time tossing around ideas until he put K, A, W, and S together because he liked the look. Boom! He had an official nickname.

As his first official act as KAWS, Donnelly tagged a roof with these letters, which he was able to see from his high school. Suddenly, his childhood classroom antics of sketching graffiti on paper were realized.

Born in New Jersey in 1974, Donnelly eventually ended up with a Bachelor of Fine Arts in mid-1990s New York. He began the legitimate portion of his career freelancing backgrounds and animation for popular cartoons, shows, and movies, including Disney productions. But at night, he became KAWS.

Hitting up advertisement areas such as phone booths and billboards, KAWS was a graffiti subvertising artist. In time, his easily-recognized hand made its way to bus shelters and trash cans around the globe.

As ubiquitous calendars fanned their pages toward a new millennium, KAWS let the winds of change carry his presence in a new direction. Soon his classic cartoon-Esque skulls, crossbones, and XX eyes landed with a thud in museums worldwide.

This fledgling concept kicked up a fierce tornado of risque curiosity amid the tradition of masters. Suddenly, society saw a defacing street punk standing elbow to elbow with the greatest artists ever known.

At this same time, KAWS was expanding. His brand leaped off the canvas and into the hands of production workers. Simultaneously infiltrating prestigious galleries and home toy collections, KAWS showed no signs of stopping, at one point even making it to the stratosphere.

KAWS took the deafening fame of larger-than-life creations and broke them down, assimilating them with life’s everyday vulnerabilities and interactions. He became a trendsetter, a synchronization of pop culture entertainment icons and abstraction.

Refusing to relinquish its original style, this design kept true to its roots. Subvertising mainstream characters with unique details, a more simplistic and emotional creation emerged. A raw exposure of sorts.

KAWS kidnapped the inhuman and made it human.

​Approachable Avant-Garde for the Average Person

The art and style of KAWS were intended for universality, pure and simple. Going beyond language and cultural barriers, its art everyone can see with the same eyes. This sense of primitive understanding, acceptance, and assurance led to a higher calling.

KAWS became a sought-after creator. Refusing to go unnoticed with gargantuan sculptures designed to viscerally impede all else without abashment, this motive turned into a microcosm for the KAWS name. Paintings, toys, décor, photos, snowboards, shoes, sofas, tableware, clothing, guitar picks, textiles, and album covers all burst onto the scene.

​KAWS as a Quirky King of Culture and Collaboration

What was once despised and illegal tampering that vandalized logos eventually came full-circle: anti-commercialism breeding commercialism. Large corporations were on a mission to merge with the power of KAWS. A scraggly seed growing in a concrete crack would not die.

It usurped advertisements without heed, then took on the self-imposed subvertising task of recreating characters such as Mickey Mouse and the Simpsons. Now, these entities were coming to KAWS.

Collaborations began. KAWS worked with the biggest corporate names in the game. The likes of Nike, Dior, Hennessy, MTV, Vans, and even Sesame Street all wanted in on the action.

No doubt, the results of these affiliations were instant hits. They joined the red-hot ranks of other collectibles. There’s now a multi-tiered enterprise of acquisition. The undying seed got so large that it shattered the concrete and branched out, defying all odds.

Today, you can find KAWS canvases next to Warhols in a mature collector’s home and on the shelves of a sci-fi aficionado who revels in pop Star Wars character sculptures. And don’t forget the shoe coppers.

KAWS footwear has essentially been rendered untouchable to all but those who hold the highest power in the resale industry. Kaws proxies are the only way to help you get your hands on any current and future limited-edition sneakers.

It’s not uncommon for an original KAWS to fetch eight-figures at auction. Collectibles also go for big bucks on the resale market. In an overt display of humility, even Donnelly stated that he doesn’t understand why.

It’s just something about it that works, coming about at the right time for the right audiences—a symbiotic acceptance on a multitude of exchange levels.

Donnelly continues to create and expand KAWS at his New York home. He has earned the respect of his street art peers as well as the museum world. Currently, everything he touches turns to gold.

With such a disparate audience, it’s not hard to see why. So many see an elegance or charm in his simplicity. They embrace what it was, what it has become, and what it will continue to be.

KAWS is a state of mind.