How to Mine Ergo on NiceHash?

Ergo is the blockchain system that focuses on creating smart money on its decentralized finance platform, allowing you to use the Ergo cryptocurrency as the digital assets you can keep for various purposes.

With Ergo focusing on smart money, you can use the Ergo digital assets just like any other cryptocurrencies, such as Bitcoin, Ethereum, Litecoin, and so on.

You can earn Ergo by mining it or by investing in it through various exchange platforms available today. The current price for 1 ERG is around $12 as of August 2021.

To mine Ergo, you need to enter the mining pools of the Ergo blockchain network, which uses the Proof of Work system similar to Bitcoin. Autolykos v2.0 is the POW system used by Ergo, and it supports the traditional mining pools. 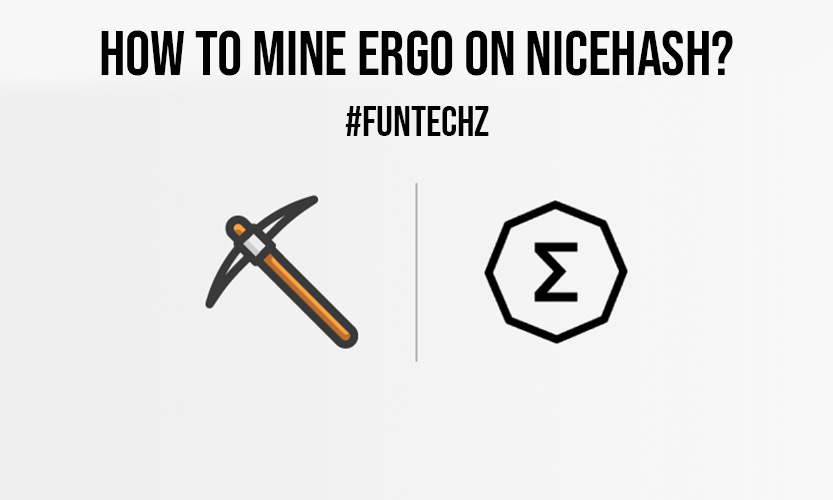 It requires you to use the hardware that meets the standard Ergo mining requirements, which will require the use of a strong GPU or multiple GPUs.

You should understand that the previous Ergo POW algorithm, Autolykos, didn’t support the use of mining pools. However, after the upgrade in their blockchain network, the Ergo blockchain makes it possible for users to mine the cryptocurrency using the traditional mining pools.

This recent upgrade makes Ergo become compatible with NiceHash. It means that you can mine Ergo using NiceHash, which is great, considering you can’t do it in the previous version of Autolykos.

Using the GPU instead of ASIC

The mining process of Ergo cryptocurrency will focus on using the power of your GPU, so you need a strong GPU to run the mining operation for Ergo. This is also good news, as you don’t need to build ASIC hardware devices just like when you need to mine Bitcoin. Using the power of GPU alone is often enough to give you steady earnings in the mining pools.

Also, it is cheaper to build a hardware device for Ergo, since you only need to focus on buying the best mining GPUs on the market, instead of focusing on building hardware with the powerful GPU and CPU combination.

The Reasons to Mine Ergo

Ergo is the cryptocurrency that aims to provide smart money to the users, and the value of this crypto sits at around $12 per ERG as of August 2021.

There are still plenty of chances for this cryptocurrency to grow in value throughout the years, so mining Ergo will be more and more profitable if you start now.

Also, this crypto is available for you to mine using the traditional mining pools thanks to the big upgrade to the Proof of Work Autolykos v2.0 algorithm in this blockchain network.

Here are the reasons to mine Ergo:

Steps to Mine Ergo Using NiceHash

The good news is that NiceHash has added Ergo to their Hashpower Marketplace, meaning that you can now exchange your Bitcoin with Ergo in the marketplace.

This addition is thanks to the recent Autolykos upgrade to version 2.0, which supports the Proof of Work algorithm just like Bitcoin, making it compatible with NiceHash.

Here are some steps to mine Ergo Using NiceHash:

Of course, you can always mine Ergo using the procedures as instructed on their official website (https://ergoplatform.org/en/). You can use the GPU-powered system to mine Ergo using the compatible mining software and mining pools as explained on their website. As you earn the mining rewards, you can start trading it live on the market.

However, if you still need to use NiceHash, you can do it by first using the NiceHash Miner to earn Bitcoin, and then exchange it for Ergo later when you have some accumulated Bitcoin assets.

The Ergo Upgrade in Recent Time

The Ergo network has the latest upgrade to the Proof of Work algorithm called Autolykos version 2.0, which differs from the previous version.

This is the version of the POW system that allows you to mine Ergo cryptocurrency with more ease, using less expensive mining rigs that focus on the use of GPU hardware. It also gives you better rewards, as it gives each user the chance to earn rewards in the new blockchain network.

The new upgrade in the Ergo blockchain network also allows you to use traditional mining pools, which is a feature not available before. This makes Ergo compatible with NiceHash, and it is what makes NiceHash to include Ergo in their Hashpower Marketplace.

You can’t mine Ergo using NiceHash Miner just yet, but you can mine Bitcoin using NiceHash and buy Ergo from the Hashpower Marketplace. Also, it’s still possible that NiceHash will add Ergo to their mining software in the future, if this cryptocurrency can prove its profit potential.

For now, it’s good that NiceHash now supports Ergo by adding Autolykos 2.0 to their Hashpower Marketplace. Until then, you can use the NiceHash Miner as usual.

How to Detect Crypto Jacking?

How to Gift Bitcoin?