Electronics and water don’t go together. Give a mobile phone enough time under several feet of water, and it will be damaged beyond repair. Even phones with an IP68 rating, the highest rating for water and dust protection, won’t last forever submerged.

Why don’t they go together, though? That’s because nearly every precious metal used in making the phone’s components reacts adversely to water. Since water is a good conductor of electricity, it won’t take much to kill the sensitive circuitry. The lithium in phone batteries turns into lithium hydroxide and hydrogen when exposed to water, two things that can kill a battery.

The signs of a waterlogged phone usually set in almost immediately, although they may also take days or weeks. The best course of action is to check out www.sydneymobilephonerepairs.com.au and other phone repair experts and bring it to their attention. 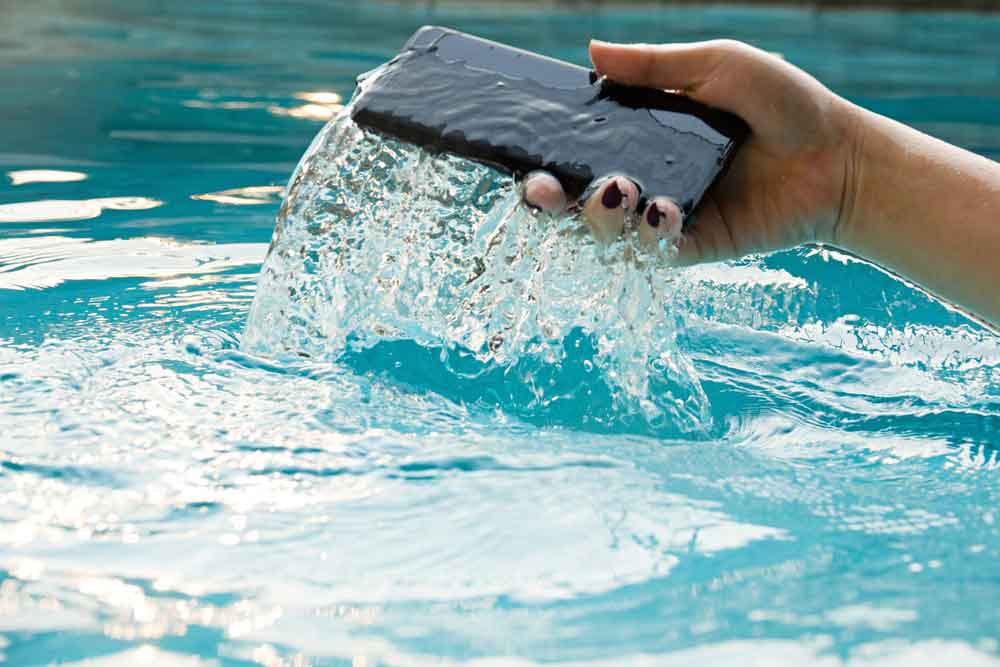 However, these first few steps (and how well you do them) can make or break a phone.

1. Fish Out The Phone ASAP

The first step is a no-brainer, even for the most watertight phones. An IP68 rating means a phone has been tested for water protection up to a depth of one meter. But since such tests are done in a controlled environment, the rating isn’t guaranteed in a real-world setting. For instance, most testing environment uses fresh water but not seawater. Therefore, having your phone soaked in seawater is a quicker way to ruin it compared to fresh water.

Also Read: How Can You Buy A Suitable Smartphone For Yourself?

2. Switch Off The Phone

Water conducts electricity because of its impurities: trace minerals, dust particles, salts etc. They allow electrical currents to flow across the water, which is bad news when a phone is submerged. Once you recover your phone, immediately cut the power to prevent it from frying the circuitry.

Phone manufacturers take water damage into account when designing their products. These days, most models come with several liquid contact indicators (LCIs, though they go by several other names) located all over the unit. These stickers change colour from white upon contact with any liquid, meaning the immediate area has been exposed.

The locations of a phone’s LCIs vary by make and model. That said, one common place is the SIM tray, which is accessible with a removal tool that normally comes with the phone. There’s also an LCI near the battery pack.

You may be tempted to put the phone under a bowl of rice at this point, as countless articles and forum threads have explained. But phone repair professionals strongly advise against this trick (which actually dates back to 1946), not because rice doesn’t absorb water. It does the job but not as fast as most people believe; it won’t completely dry a phone within 24 to 48 hours.

Also, for obvious reasons, throwing a waterlogged phone into the microwave is a major no-no. Microwaves heat stuff pretty fast, and the components don’t like their environment getting too hot. If microwaves can’t make the phone catch fire, they can at least break it beyond repair.

Instead of following the tricks explained in Step 4, use a soft cloth or paper towel for the initial drying. Experts suggest using a microfiber cloth, as it has enough fibres to be highly absorbent and even catch loose particles.

Surprisingly, leaving the phone to dry with consistent airflow is more effective than rice. To speed up the process, you can leave it next to a fan for 24 (preferably 48) hours. During this process, resist the temptation to turn on the phone, as some water may still be inside.

Experts don’t recommend using a hair dryer for this step. The hot air it generates can overheat the components and render them inoperable, much like microwaving. Furthermore, the force of the outgoing air might push water droplets to unaffected or recently-dried areas. 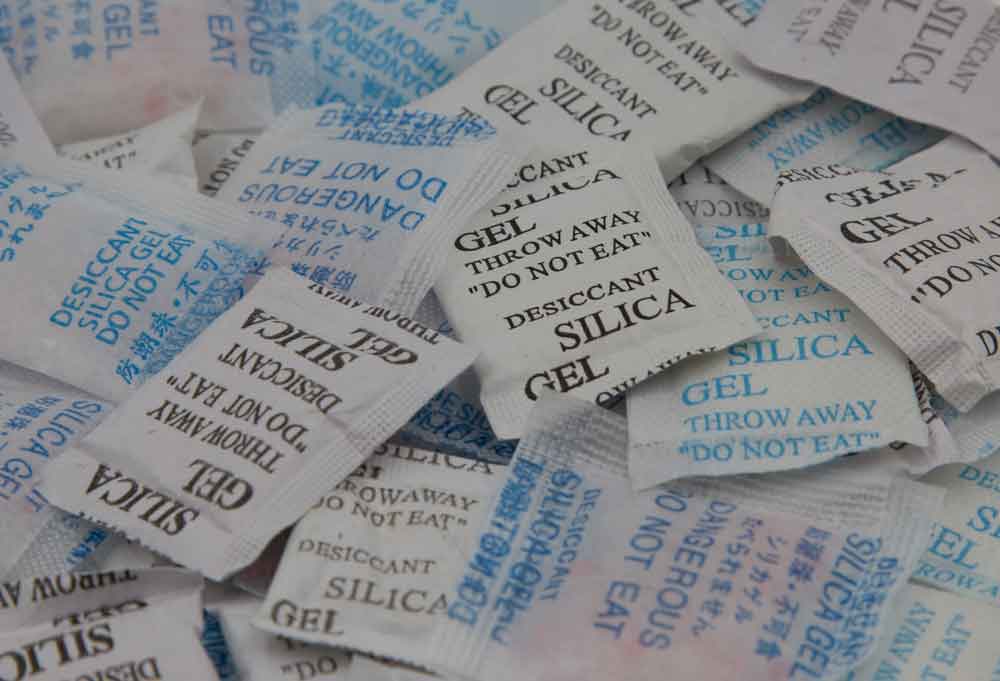 If you’ve been saving these little packets that normally come with a brand-new bag or pair of shoes, drying a wet phone is a great time to use them. Silica or silicon dioxide is an effective desiccant, utilizing adsorption to force liquids to cling to the packets’ surfaces. Experts estimate silica can adsorb up to 40% of its weight in liquid under 50% relative humidity at 25oC (77oF).

Place a few of these packets and the phone in a resealable bag and leave it for at least two to three days. If the packets have changed colour after that, they’ve absorbed at least 8% of their weight in liquid. Even if that happens, it’s okay to keep using them for another few hours.

If desired, swap out the saturated silica gel packets with fresh ones. The saturated packets can be desaturated by popping them into a microwave oven, no more than 120oC (248oF), for one to two hours. Once they return to their original colour, they’re ready to desiccate again.

The only downside is that you might need more than just a handful to dry a phone that took too long in the water. Fortunately, you can buy these packets by the hundreds at your local grocery or hardware store for around USD$10.

Repeating Steps 5 to 7 may be necessary depending on how long the phone has been underwater. But if you’re confident that you’ve dried it enough, take it for a test run and monitor its function. If you’ve followed these steps to a T, the phone should be normal.

However, note that it is common for a water-damaged phone to show hiccups in the days or weeks following drying. The touchscreen might not be as responsive, or certain functions can start glitching out. For good measure, don’t rule out professional repair too quickly.

Also Read: Top 5 Smartphone Apps That You Must Have

No phone owner who dropped their phone in the water would want to place too much faith in its marketed features like water resistance. Phones and other electronics should stay as far from any body of water as possible, whether it’s the beach or the kitchen sink.

Sadly, accidents happen regardless of how careful people can get. Take action with these steps as soon as your phone hits the water. Otherwise, you’re looking at a costly replacement, not just of the circuitry but the whole phone.