Why A Managed IT Support Company Is Vital For Your Business?

5 Facts about Bitcoin You Probably Didn't Know About

How To Backtest a Trading Strategy?

Top 9 NFTs to Play and Invest In

The Advantages of MT4 - Experts Guide

The rage on CBD in recent times has been very high; everyone finding out about the product wants to try it out for themselves. It is paramount to know more about this product, but it is also wise to know the beginning of the use of cannabidiol as a medication. 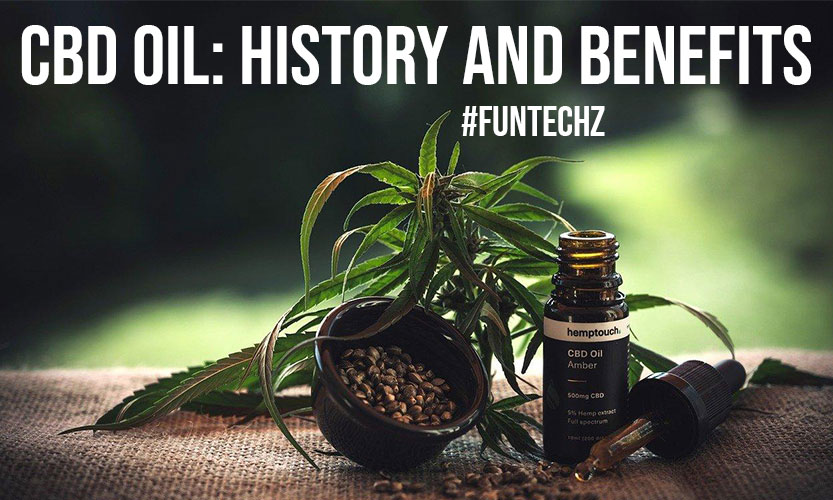 Therefore, in this article, we are going to be discussing the history and benefits of CBD oil.

Cannabidiol was discovered in the year 1940 by a chemist trained in Harvard, whose name was Roger Adams. He was able to extract cannabidiol successfully from cannabis. The experiment was taken up by Dr. Raphael Mechoulam, and he explained CBD’s chemical structure in 1963.

This progress created a foundation on understanding cannabidiol and a hypothesis on its usefulness in therapeutic settings. CBD chemical structure’s discovery helped in deciphering THC chemical structure after a year.

To know more about THC, you can go to this link: https://www.livescience.com/24553-what-is-thc.html.

The finding was such a huge deal: THC was linked to euphoric and psychoactive effects and cannabidiol was ruled out from being seen as intoxicating.

Dr. Raphael Mechoulam explained his drive to dive into researching cannabis at an interview. He spoke about how he was astonished to realize that cocaine had been extracted and separated a hundred years ago and morphine had also been isolated, yet cannabis chemistry was not known well.

He also spoke on the fact that active compounds had not yet been isolated into pure form; its structure was not well known.

He said for one to have a resilient chemical basis, one had to fully comprehend the pharmacology plus practicing a lot of clinical trials. This prompted Dr. Raphael and his colleagues to further research cannabidiol chemistry.

Also Read: Learn How To Be A Healthcare Marketing Expert With These Easy 8 Steps

First Use of CBD Oil

There was an increased pharmacological experiment carried out on the extracted CBD oil in the 1940s as well as the 1950s.

The first experiment on CBD oil was carried out by Dr. Raphael when he was testing the different cannabis extracts. It was proven in the primate testing that THC was the unique psychoactive compound, while some milder properties were found in cannabidiol.

In 1980 when scientists started conducting advanced researches on cannabidiol for epilepsy, researches on  CBD Oil for therapeutic use increased.

It was used on mice and rats in several preclinical tests, and it was discovered that CBD possessed an anti-epileptic quality.

In the year 1977, there was a clinical test carried out by researchers from Brazil; a daily CBD prescription of 200mg was administered to four epileptic patients, five others were administered a placebo.

Notable development with no convulsion was shown by two patients using CBD during three months, partial improvement was shown in one, while one had no sign of improvement. The placebos showed no improvement.

CBD Oil Has Been Used by People for How Long?

Over the past 5,000 years, the cultivation of Cannabis Sativa has been practiced by humans. Ancient Chinese ate cannabis, but they didn’t know they were getting the health benefits of cannabidiol.

It started being used from the dawn of the 21st century. It became more widespread due to legalized programs and the increased reliable analysis in 2005.

Most research has shown that it has a positive influence on sleep and mood because of the ability it has to imitate naturally appearing endocannabinoids.

For the past 20 years, CBD oil’s popularity has risen; there is now a better understanding of how cannabidiol works to treat people with different conditions.

Studies have shown that CBD oil reduces stroke volume in people who use it. It has the property of regulating anxiety which aids in decreasing blood pressure and supports heart health.

The anti-inflammatory and anti-oxidant properties of cannabidiol oil help to avert any heart-related illness.

Anxiety, PTSD, and sleeplessness have been treated safely with the use of cannabidiol oil. It is capable of acting on brain receptors for serotonin, a neurotransmitter that aids in regulating social behavior and mood.

It can be used in place of anti-depressants. Check out Cheefbotanicals to read more of this specific benefit of CBD Oil.

It has been shown by studies that cannabidiol oil works to defend the brain against diseases, such as dementia and Alzheimer’s. CBD oil reduces inflammation and averts radical damage.

It works as protection to brain cells and also aid in generating new cells. This is one reason it is used more in recent times to treat seizures.

In recent studies, patients who undergo chemotherapy and use cannabidiol oil have found it helpful in reducing the side effects of chemotherapy. You can click here to know more about chemotherapy.

The majority of cancer patients reported that not only did cannabidiol oil help them in easing nausea during chemo but it also helped in lessening their pain and discomforts.

It is used to treat acne, and because of its effective work for inflammation treatment, and its ability to decrease sebum production and prevent cytokines from being activated.

There are research going on for how cannabidiol can be used in treating arthritis, allergies, respiratory illnesses, and others

You now know how cannabidiol oil was discovered, how long it has been in use, and the way it is being used in treating several illnesses in recent times. Knowing this, it is guaranteed that exploiting the benefits of CBD oil will be good and safe for you.